​​​Throughout the years, Joe has been privileged to share the stage with many talented musicians. Some of his most memorable bands include No Clue, Cedar Chest, Haven, DV8, Holy Diver, Beast Over Boston, One Wild Night and Savage Sting. 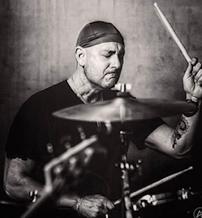 ​​​​Joe started playing at the age of ten under jazz drummer and family friend, Brian Horta. He was influenced by drummers such as Neil Peart, Danny Carey, Mikkey Dee, Vinnie Appice and Scott Rockenfield.

He joined his first original project in 1991 with the band No Clue and inherited the nickname "Rim Shot." Their music received airplay on the radio shows Soundcheck and The Metal Zone on 94HJY in Providence, RI. Their debut single "Illustrious Youth" made its way to the International Billboard list in 1994.​ 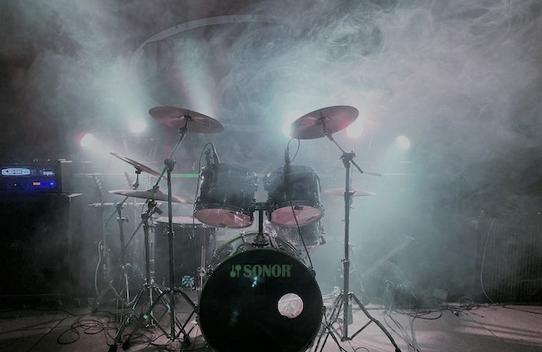 Music is a powerful gateway to Divine Architecture.

My childhood was overshadowed by ADHD. The stimulation of drums helped soothe a flow of unbalanced emotions, fusing art with arithmetic. Each song was a time-release capsule driven by memory and technical proficiency.

Sound drives our influence to deepen spiritual understanding. The cure for Saul’s affliction came through harmony. David’s playing drove out the evil spirit when he gained access to the peace of God.

​Musicians are atmospheric conductors who use rhythmic vibrations to manifest life out of chaos.