I grew up in Providence, RI.  Survival was the rule of the concrete jungle. Paved streets full of potholes, shattered glass, and rusty barbed-wire fences were the views from my apartment window. Despite its hidden dangers, I was a city wolf, drawn to bright lights, tall buildings, and thick smog.

Growing up Catholic, my intellect never wrestled over the existence of God. It struggled with religion’s limitations of possibilities. Be careful what you wish for. Ebenezer Scrooge isn’t the only protagonist with a chilling tale. I had a frightening visitation at an impressionable age that changed my life. The unearthly intruder never spoke, just made me aware of its presence. The phenomena seduced me with fascination. I was emotionally blackmailed by Divination’s charm of internal chaos of self-destruction. Once you uncover what you’ve been looking for, suddenly it’s all you can see.

Our family stems from a long line of singers and piano players. Music helped me fuse a flow of emotions creating action through melody. And given my struggle with A.D.H.D, I chose a more aggressive approach: drums.  Throughout the years, performing on stage kept me balanced and accomplished, allowing me to remain hidden, behind a curtain of vanity to mask the scars of my dysfunction. I was morally and spiritually bankrupt, spiraling into the abyss of deception with the Assassin of Addiction. My erratic behaviors drove me down a dark path of substance abuse and failed relationships.

Surrounded by death, I teetered between the safety net of religion and the alluring world of fleshly indulgence.” Reaching out to an ‘Unseen Force’ didn’t seem realistic. I needed much more convincing than a myth made flesh by a poet named God.

In 2005 my dad passed away. His sudden death drove me to seek answers outside the church. I wanted proof of an afterlife. The influx of ghost hunting shows was overwhelming and hard to ignore. My uncompromising quest for truth burned bridges on both sides of the spectrum. The secular world deemed me too “godly”, and the Christian community accused me of not being godly enough. Either way wasn’t good enough.

Determined to produce tangible evidence of the supernatural, I assembled a team of investigators to travel to various haunted locations: one including the infamous Sallie House in Atchison, KS. We jumped on the fast track to fame’s deception gaining notoriety but at what cost? In between multiple cases, my then nine-year-old was scratched on his forehead and flung five feet across the room by a malevolent being.

The impact of our investigations pushed my limits—emotionally and spiritually. How could I risk putting my family in harm’s way for the sake of some interesting footage? I was fooled into believing that “seeking the dead” was a profitable endeavor to produce evidence in the name of science. Sure, my research gave me a voice to give an opinion, but it also opened the door to more questions than answers. I compare the spirit realm to the ocean – the deeper you go, the more you see what you never knew existed.

Today, I have escaped the Snare of the Fowler and the tragic life of addiction. My passion is helping individuals dealing with the psychological trauma associated with unexplained phenomena. From clients concerned they might’ve made matters worse having their homes investigated, to the researchers themselves suffering from spiritual attacks.  All are stepping forward.

Our journeys are met with lessons, some tougher than others. Those we cross paths with act as mirrors of intention infiltrating our consciousness. Hauntings are not exclusive to the abandoned buildings and ageing homes, but to the menacing phantoms within each of us.

Life is a collection of downloads. See the lie, decipher the truth, and reconstruct your path. 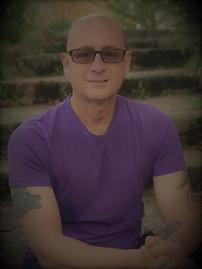